Pitbulls are dangerous, mainly when they attack humans with no prior notice. They are primarily one of the most aggressive dogs alive on earth. But how to stop a Pitbull attack? Luckily, you can learn the signs a pitbull will attack to help you understand your pitbull’s aggressive behavior well.

Pitbulls are powerful, docile, and devoted — but they’re also capable of aggressiveness. Toward people, Pitbulls are generally affectionate, loyal, and playful. However, there are certain things to look for in a pitbull’s behavior that might indicate an impending attack.

There are multiple factors that can arouse a Pitbull’s anger. Essentially, Signs A Pitbull Will Attack and showcase abusive signs when they feel threatened or feared. Their body language says most of their signs of aggression. The best way to handle this is to observe their usual behavior, which can be reversed with simple exercises.

Vital Signs A Pitbull Will Attack

Why do Pitbulls attack their owner? If a pitbull charges you, it’s probably going to attack. Pitbulls are famous for attacking people at random. So new pit bull owners should be ready to protect themselves.

As an owner yourself, you may think of putting your pitbull through obedience training classes. You may also look for the best training kits for Pitbull as an alternative. 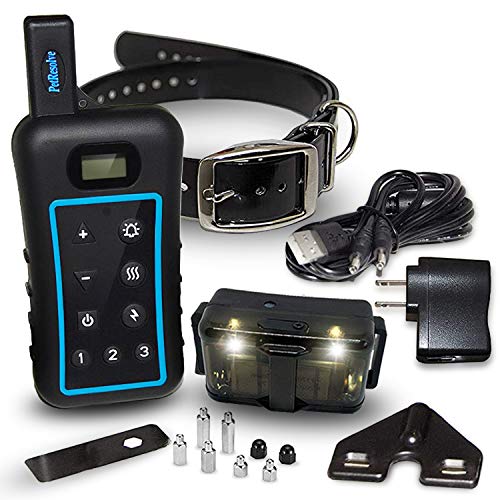 But the only way that can keep your safe from pit bull attacks is by learning the sign of aggression, such as,

An open, wagging tail means that your pitbull is happy. Usually, when you pet them, their tail will wag happily away. Sometimes their tail can be limp while they are resting. A standing and stiff tail mean your pitbull is feeling angry or threatened. If you see your dog standing with a stiff, forward-pointing tail, you should leave the area immediately.

Dog trainers, behaviorists, and veterinarians have noted that a wide stance can be a sign of aggression in a dog. Dogs may do this to appear larger and more dominant, a stance that precedes a dog bite. Early signs of aggression towards people can include widening the jaw, widening the nostrils, and even slightly raising the hackles.

Dogs’ ears perk up in a variety of conditions. When they want something, such as attention or food, their ears will stand up to gain their focus. If a dog feels aggressive or confrontational, he may raise his hackles and prick up his ears. Some dogs, especially hounds and some terriers, stand very still with their ears forward when hunting or chasing prey.

Take note of your pitbull’s body language, especially when you’re interacting with it. Watch out for rigid postures and stiffened muscles, especially the neck or back. This could be a precursor to aggressive dog behavior.

Be careful with direct eye contact. Pitbulls use direct eye contact to communicate with other dogs. But they make an intense stare with people often to show submission or dominance. If you have eye contact with your pitbull, turn away slowly. Avoidance of eye contact is the rule of staying safe from a pit bull. In contrast, if he avoids your gaze, this can signify defensive-aggressive behavior.

A dog’s bark is one of the most common ways to understand what he feels. A high-pitched bark indicates happiness. A low-pitched bark shows fear or aggression. And a half-bark/half-whine means your pooch is frustrated or just wants to say hello. Many different factors can play into how they behave. So be sure to always check up on your dog’s bark before acting on anything you may have heard.

The teeth of dogs are another common signs to consider in terms of aggression. When your pitbull showcases all his teeth, it is an apparent canine behavior that he is feeling threatened and may bite you. Leaning towards someone with the mouth open, lip curling, or standing with the corners of the mouth turned down are all signs of aggression in dogs. A growl is also a sign of attack.

Pitbulls may be seen as a threat when they act defensively aggressive. Defensive-aggressive behavior is usually read as submissive. However, it’s essential to look for signs of aggression — such as a lowered head or staying closer to the ground — before deciding that a dog is truly defensive.

Keep a lookout for signs of anxiety in Pitbulls. A pit bull’s anxiety can result in defensive-aggressive behavior. So, it’s essential to be aware of certain things that could trigger it.

How To Prevent Fatal Dog Attacks

When faced with an angry canine, it’s easy to feel afraid. However, if you remain calm and rational, you can better assess the situation. If you’re in a populated area and simply want a pitbull to leave you alone, stop moving. It will make the dog lose interest in you and move on from its aggressive display.

According to our findings, one of the most important factors in managing and resolving Pitbull’s aggression is your participation. A robust training program will allow your Pitbull to socialize. It can be an excellent help way to work or fix this problem. Some other helpful tips and animal behavior centers can decrease your Pitbull’s chances of developing a problem.

We have encountered several queries like, are pit bulls dangerous? are pit bulls aggressive? Well, some Pitbulls come from aggressive dog breeds, but that doesn’t conclude all of them are dangerous. Some Pitbulls develop such dangerous behavior due to circumstantial reasons or aging. However, this type of manner can be cured and resolved with adequate exercise.

Always reward your Pitbull with positive reinforcement. Managing these dogs is essential to prevent any future dangerous situations. A Pitbull treated well and understood its place in the family will be a great addition to any household.

Pitbulls have a turbulent history, but they make excellent companions — if you treat them right. A dog’s reputation is bound to follow them throughout their lives, but that doesn’t mean it defines who they are as individuals. When people get to know Pitbulls in real life, their preconceptions quickly fade away. Does your dog have sensitive skin prone to allergies and irritation? Then you are not unknown to the rashes, itching, and hair loss around the neck of your dog. And most of the time, it is due to excessive use of a collar. But you cannot go a day without a collar around your pet’s… Some dogs love to be mischievous, and especially if the owners are not constantly vigilant, they can grow up to be behaving out of the line. Unfortunately, small dogs are often most prone to ill behavior. They typically like to chew on things, dig the lawn, or even bark abruptly. And training small dogs can… Do you know what is your dog’s favorite human food? Who does not know that life is all about change? We don’t want to get bored in any way and for that, we often either transform the existing things into something more appealing or we all together change it. As you know some sort of changes,… Dogs are man’s best friends due to the extreme loyalty and love they provide no matter with the situation. But more often than not they get sick when they ingest something they are not supposed to while strolling in the alley or even home because surprisingly just like human beings, dogs are far more sensitive… Have you ever been confused while selecting the best dog food for mastiffs?  If so, then you should relax. Here we will discuss, which diet would be best for your mastiffs. As you know the nature of mastiffs, they are very loyal and lovable large breed dogs. Although they are very huge in size as… Do your pooch also chew anything that he interacts with? If yes, then you will certainly try to find out the best dog leash for chewers. You must be careful in this matter because it is very crucial for your canine’s safety. First, you would have to teach your small pup not to bite but…

The newly upgraded Pet Resolve Training collar is the most advanced development of new technology with high-class features. The training collar is extra-long and smart to easily wear on the neck.